More importantly, we have the vehicles to slot into such trees -- in addition to those currently playable in-game:. In my point of view, the more similar one vehicle model is to another co-developments and slightly-evolved variants the closer they would be clustered in terms of BRs. All this to say that we have no shortage of vehicles to fill the game with. Of course, I might be reading both suggestions wrong, so please correct and explain to me if I've got it wrong, and that the suggestions account for this.

This is why I believe there should be a difference in BR-levels between say a tank you just bought and one you have fully upgraded -- especially in Tiers Example of base vs. Example of "stock" vs.


This change mostly has to do with ground forces, as aircraft have many more maps, and the size of the maps with aircraft doesn't necessarily matter as much as it does with ground forces. I've heard many players complain about certain maps that they have to fight on. Again, a lot of this has to do with player skill, but at times, the map selection really doesn't help that much.

Why the New Matchmaker is a Good Thing | AllGamers

After choosing a map size, the matchmaker would choose at random one of the specified maps in that category. This way, different battle ratings would have map sizes that would suit the vehicles of the battle rating, and we'd see ALL the maps in rotation. A common situation encountered in arcade ground battles is the occurrence of absurdly unbalanced games. Even if we actually won! Once 32 players have been selected by the matchmaker MM , share the top BR players between the two teams, and minimize the difference between the number of players in squads between the 2 teams not a problem in this example.

Then minimize the difference between the mean BR of the two teams by properly allocating the remaining players to the two teams. In our case, this gives: In that case, the optimization problem may not have a perfect solution but this procedure cannot be worse than what actually happened in the example I give here. In any case, since the 32 players have been already selected by the MM, the queuing time is not affected by this proposed change of the balancing of the teams.

A better solution would be to implement this solution at the root of the MM, that is, also in the process of properly selecting the 32 players of the battle. This obviously demands more work but could help minimizing the current grief of most players against the MM. However, the proposed solution would be already a clear improvement to the very unbalanced ground arcade battles one often encounters and would be straightforward to implement.

Thanks for sharing your thoughts and supporting this suggestion! FAQ about these changes to be updated as more of you ask questions: I dont' want to wait to get into the action! The underwhelming choice that everything boils down to is this: I believe the community supports the latter. You suggest putting these maps back in rotation?

13 answers to this question

Although the imbalance in these maps might indeed by due to the design of the map, my guess is that it has more to do with the setup of the teams, and the vehicles that fight on those maps. Additionally, I believe that people would be more willing to have more variance in maps as well. Regarding map design, there are sections on the forum to suggest changes to correct these map designs.

The Devs do indeed update maps. Finally, you have to take into account that if all the maps are in rotation, the probability of getting an imbalanced map is a lot lower then just having a few maps. You are proposing these changes for all game modes in the game? Perhaps the most important question!

No, this suggestion is not set in stone. I'm eager to hear everyone's opinion and input, so that, in the end,the suggestion will work for the majority of the players. Remember, the goal is to correct the matchmaker system, an undertaking that involves more than one person's input. Thank you all for your time, and I hope you'll consider this suggestion! I like this quite a bit. Maps should be specific to nation combinations. This is a very needed change and would greatly improve the game. However I think that large maps should not appear at all for lower tiers. I thought about that when I was drafting this suggestion.

And I know that a lot of people would be fine not playing on Maginot Line, but nevertheless, there's always the group of players that are going to feel excluded if a new map is introduced and they don't get to play it because their nation "didn't historically fight on that map. With the Challenger 1, the Leo 2K, and potentially a few other s tanks coming into the game, this is definitely a possibility. While I realize that nobody likes large maps at low tiers, excluding them entirely would drive a lot of potentially new players away from the game, as they would feel "excluded" from these maps.

Thus, I think the solution should be, as I mentioned in the OP, reducing the probability of large maps at low tiers, rather than removing them from the map rotation altogether.

In some battles, the outcome relies too much on how well the few top BR players are doing, and how many of them are on both teams. It is boring to play always the same maps at a given BR, and I cannot understand why Gaijin would want to bore their players I suggest that Gaijin take them out and ensure that maps are time neutral not too many elements allowing to identify the time period. At some BR, some of these combinations will lead to very unbalanced teams unless the number of players are not the same in both teams, which would be too delicate to implement.

Moreover, this suggestion will reduce even more the probability to find a battle quickly. Considering the proposed narrowing of the BR range to 0. I mean, that would promote people playing more than one nation, which might be good. It would require Gaijin to make lots of new maps though, which won't happen. I've been in battles were their were too many of 1 vehicle.

Their needs to be more variants in battle so you don't get faced with the same vehicle several times in the same battle. I think Tier 2 is popular as their is some variant. Let's take the IS Set the BR to be 4. This way, new players or tanks with no modifications have a chance.

Fixing the matchmaking is far more difficult than what can be thought. With the help of machine learning, it can become very balanced. If the machine learning took into account how well a player plays, then the balance could be improved. This is something that would take time to implement. Regarding your comment about time neutrality for maps, I personally would like it to be so as well.

The problem is that there will always be the large player base that doesn't necessarily have access to all tiers, and hence would never get to play certain maps. These players would definitely harbor resentment if a new map was introduced, but one that would only be in rotation at a certain tier. Regarding suggestion number three, I acknowledge that at certain battle ratings, many of the matches will be unbalanced.

How do you account for that? The underwhelming truth is, no match will ever be perfectly balanced, for reasons mentioned before. Also, if you have a specific match in mind, and you take a second to calculate the probability of that match getting chosen, you will find that it is most likely very low, given the hundreds of possible scenarios that I have listed. And yes, at certain battle ratings, certain nations will do better than other nations This is because there are fewer Tanks available in queue for the Matchmaker to create the perfect game as it would like to. Not only this, but players typically play higher Tiers at night to avoid the bad Matchmaking themselves.

This has always been the case, and is not an issue with the new Matchmaker but rather a player-caused issue and a natural problem that accompanies a lack of resources players available. Hopefully the recent server merge for US West and East into a single, central server will partially solve this. This was a long overdue and very welcome change to see in Update 9. Not only this, but some players made an earnest mistake by accidently queuing in the wrong Tank, it led to toxicity and team-killing in many circumstances — it was just bad news for everyone involved.

Then again, allowing for multi-tiered platoons could interfere with the Matchmaking templates, as 15 vs 15 would no longer be possible. Perhaps this could be looked at in the future, but the situation is certainly in a good place where it currently stands. Limiting the number of artillery per game as part of its complete overhaul was a breath of fresh air. This does, however, bring to light another issue. 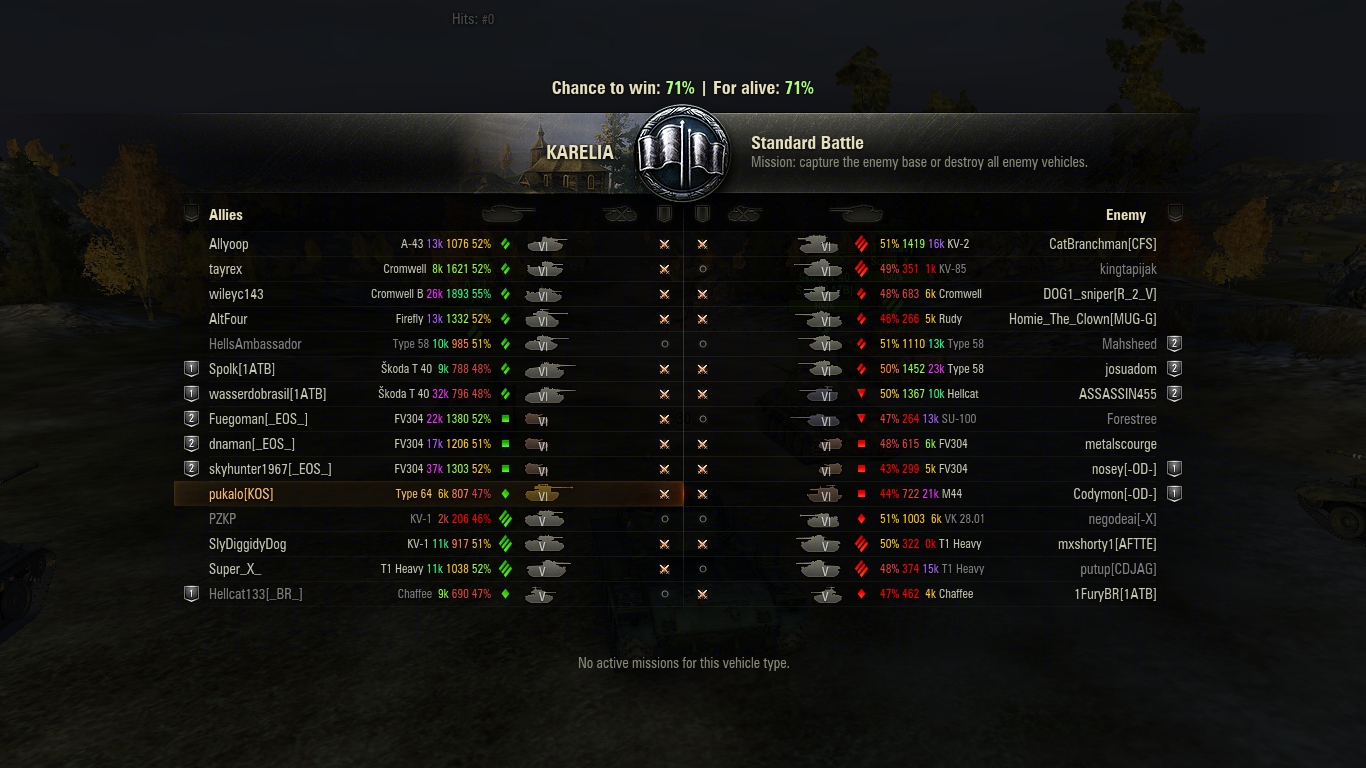 For now, getting to know Spotting Mechanics can help a lot with Light Tanks, and understanding Damage Mechanics will help you cope with artillery.